The Cyprus Refugee Council envisions a fair and inclusive society that offers protection and support for all.

The Cyprus Refugee Council (CyRC) strives to safeguard, support and advocate for the rights of vulnerable groups in Cyprus, promoting their effective integration into the host society. Focusing on refugees, asylum seekers, detainees, trafficking victims and survivors of torture, CyRC works closely with the local society in order to provide quality services at the individual, community and policy level.

The Cyprus Refugee Council, is an independent, non- profit organization, established as the evolution of the Humanitarian Affairs Unit of the NGO Future Worlds Center. The Unit during its 11 years of operation had grown significantly to become the expert in Cyprus on refugee related issues, making it one of the main actors in Cyprus in the area. Besides implementing a UNHCR funded project from 2006 to 2017 the Unit had implemented a considerable number of related projects under various funds such as UNVFVT, EC funds, EPIM, ECRE, German Embassy and other.

Given the growth of the Unit, the Board of Directors of the Future Worlds Center supported its evolution into an independent entity, which focuses exclusively on issues related to refugees and asylum seekers as well as other inter-related issues. The independent entity with the name ‘Cyprus Refugee Council’ is the first NGO in Cyprus to focus primarily on refugees. The work carried out by the Unit as well as the existing team has been  transferred on to the CyRC. 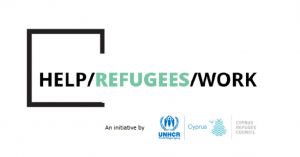